In November of 2011 I was part of a group art exhibition of nine artists at the IAGO (Graphic Arts Institute, Oaxaca). The show was called Mesa de Gráfica. The theme of the show was “Graphic Art” (a very open theme indeed). Each artist had a very distinct interpretation of the theme.

To read more about the IAGO, look here

The Project began as an ongoing year long workshop led by Mexican artist, Magali Lara. It was held at the CaSa (The Arts Centre, San Agustín). We would work on our projects on our own and every three months we would come together to show the progress of our work and give each other feedback. Because it was a workshop, the progress and evolution of the our work were ultimately more important than the final pieces. For most of us, our final piece was radically different from our original idea.

To see the work of Magali Lara, look here 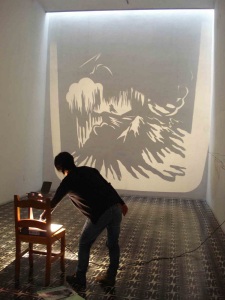 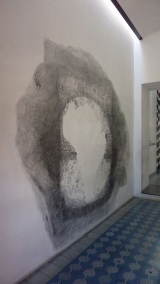 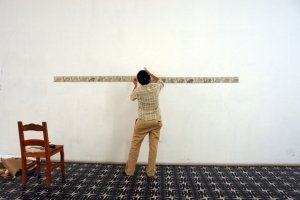 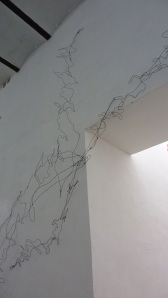 Here are eight of the nine artists with Magali. I think Pavel was avoiding the camera.

We had the choice of presenting our work either in a video or at the opening in front of a huge crowd. Three artists, Blanca, Pavel and Sergio, decided to present at the opening with Magali. My hats off to them!